In loving memory of Nick Bales 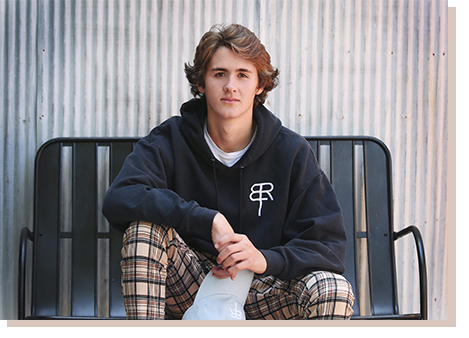 Nick Bales started Brought to Reality (BTR) in 2016 while he was a sophomore at Arapahoe High School near Denver, Colorado. Nick suffered from anxiety and depression, and focusing on BTR enabled him to be creative, keep busy, and stay grounded in reality. Through his brand, Nick sought to bring awareness to teen mental health and to end the stigma surrounding mental illness.

Most importantly, Nick strived to encourage compassion among his peers. In his college essay, Nick wrote: “We should all help each other get through the difficult times.” Unfortunately, Nick did not have the opportunity to apply to college because he lost his battle against mental illness on September 29, 2018.

“People in today’s world should not be so stuck on following the trends, but we should be fixated on starting our very own. Even if the rest of the world hates it, keep doing it because YOU love it. It is beyond crazy to me how many good people there are in this world and how talented everyone can be but how it just seems like the world is getting worse and worse everyday. It seems like we can have 90% of the world be so positive but just that other 10% of negativity just shuts out every bit of positive energy there is." -Nick Bales

Brought to Reality is currently run by the Bales family with the hopes to continue Nick’s dreams to erase the stigma on mental health. 100% of the company’s profits are used to support a variety of unconventional therapies including animal therapy and other non traditional therapies.

If BTR can save just one life, then we have succeeded.

Learn More about our non-profit, the Nick Bales/BTR Foundation. 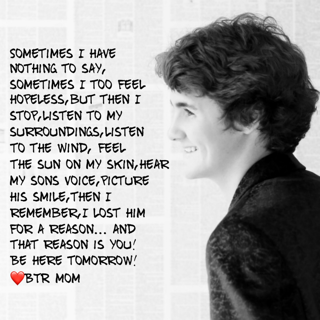